A ducted air conditioning system is almost invisible. Only the nondescript air vents in the ceiling are visible. Having a ducted system makes it a lot easier to plan your interior design. You do not have to worry about a large boxy instrusive split air system or wall unit. You can style your home to be much more aesthetically pleasing.

It is difficult to have a minimalist design when there is a huge air conditioner hanging on your wall, a big unit will get in the way of any more elaborate room designs. The comparatively lack of visibility associated with ducted air conditioners makes them the best choice for those who wish to their home to look the best.

Another great advantage of ducted air conditioning is the level of control you have. Ducted systems enable you to cool the entire house, some systems even allow you to control the individual temperatures of each room. One can turn zones off when no one is using them, saving you on electricity. One is also able to customise the temperature in different parts of the house.

Ducted control systems are very versatile and make it simple to maintain the right temperature in each area. They can keep the air distribution even, so there are no hot or cold parts of the house. The comfort that zoning gives means that there are far less arguments between people who want the temperature changed. It is also possible to have a reverse cycle ducted air conditioner which mean you will be just as comfortable in winter.

Ducted air conditioning is also more energy efficient. Although there is a higher upfront cost for installing the system, this will be offset over the life of the air conditioner with more efficient cooling and lower electrical bills.

As a general rule, if you need two or more split systems to heat a certain space, then ducted air conditioning will usually be cheaper to run. Having a single system reduces the amount of redundancy and helps maintain a comfortable temperature without greater electrical expense.

Split system air conditioners are designed to cool one room at a time. This gets increasingly complex if you want to force the system to cool multiple rooms at the same time. It will increase the running cost and will make ducted air conditioning cheaper to run. If you plan on getting split air conditioners installed in every room, the installation costs of a ducted system can often be cheaper.

Zoning via ducted heating systems will save you money. Zoning allows you to shut off the zones which are not used. This customisability is super for saving money while also minimising the footprint on the environment.

The constant noise from wall and window air conditioners is frustrating. The noise prevents some people from sleeping while others find they need all of the other noise levels increased just to compete with it. All this will quickly make a house very chaotic. Thankfully, the majority of ducted air conditioners are almost silent. They provide relief from the stress and noise of our hectic lifestyles. 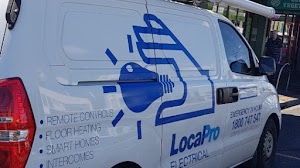